DRC: "Suffering has been a part of my life. But I fight. I'm still standing!"

We meet Jeanine at her home, in a camp for internally displaced people (IDPs), near Goma, Democratic Republic of Congo. She tells us about her life, a life that resembles the fate of many women in North Kivu.

Like many other women in North Kivu Province, Jeanine suffered forced displacement and has since lived in an IDP camp.

"One day I was at home in my village and heard mortar fire and bombs. Looking outside, I saw our neighbours fleeing. The whole village fled. Then we walked 24 hours to get here. That was four years ago."

The pillar of her family, Jeanine works daily for her children.

"Since my first child was born, I have been working hard, daily, to support them. I’ve managed to raise my six children, although not all have had the chance to go to school."

Sarah Vuilleumier
Jeanine and her daughters at an internally displaced people camp around Goma.

"I go to bed thinking of my children. I think about what they will eat the next day. Every day I wake up early in the morning and look for work in the community. If you wake up too late, the work may already be taken."

Every day Jeanine puts all her energy into securing a job for the next day.

"Every time I find a job, I invest lots of energy into doing well, so the boss will rehire me in the future."

Her daily life is also touched by violence, "sometimes I go to the nearby Virunga Park in search of firewood, which I can sell to others to make a living. Unfortunately, the area is very insecure and park rangers and rebels can be very violent against us women."

"But I fight. I'm still standing!" 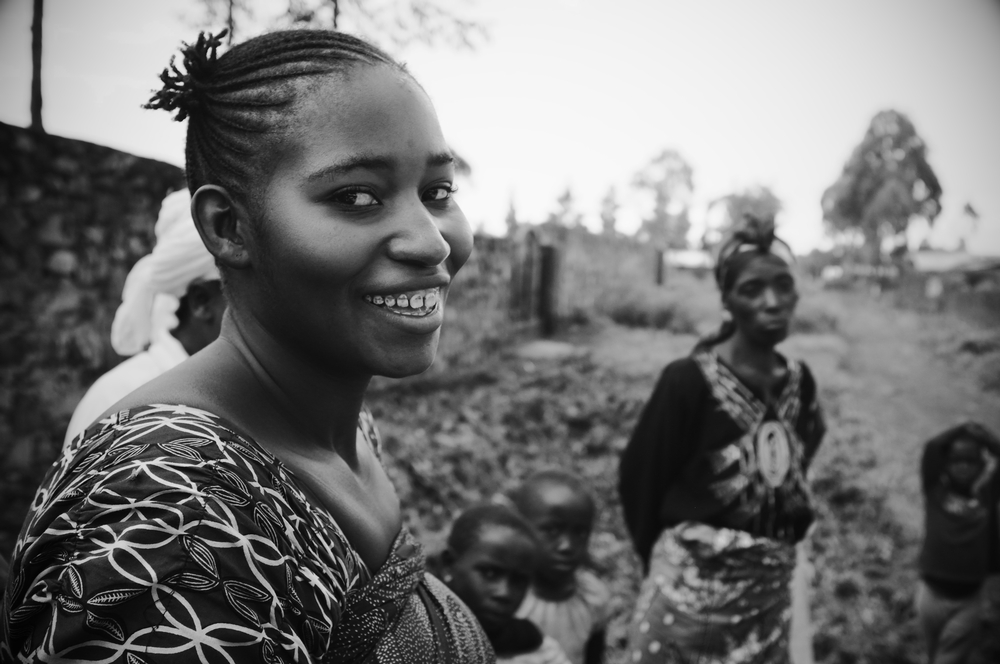 Sarah Vuilleumier
Jeanine and her daughters at an internally displaced people camp near Goma.

Eating once a day

After work, Jeanine goes home and cooks for her children, "they eat only once a day."

"Yesterday and today, I could not go to work, so I do not know yet what my children will eat. I had to take care of my oldest daughter who got very sick.

"She is at the MSF cholera treatment centre (CTC) right now. I am very concerned for her. I am looking after her daughter, Rita, who is 2-years-old. She is also sick, but it's not cholera, so I do not know where to bring her for treatment."

Jeanine tells us later that her daughter, Francine, seems to have recovered and that she plans to pick her up at the CTC. She agrees that we can come along.

At the CTC, we meet Francine, who seems to be doing well.

Incredible will and courage

For the first time that day, we see Jeanine’s face lighting up with a smile as she walks towards her daughter.

Francine tells us, "I came to the CTC yesterday. My colleagues, who work with me in the fields, brought me here because they were concerned about my condition. The nurses took great care of me. Now I feel better!"

Leaving the CTC, the women bump into neighbours who came to see Francine. Together they all return home, to the camp, to cook.

Tonight Jeanine will fall asleep thinking of her children, and tomorrow she will wake up early and search for a job, so her children will be able to eat.

Jeanine’s story is not an isolated case. It is representative of the incredible will and courage of many of the women of North Kivu, who fight every day to stay standing.