Ebola: A day of three miracles in Sierra Leone

Despite the devastating impact of the Ebola virus on communities in West Africa, there are many positive stories coming from our treatment centres. Doctor Monica Arend-Trujillo, a Médecins Sans Frontières/Doctors Without Borders (MSF) medic working in Bo, Sierra Leone, recounts her experiences with some of those who have overcome the deadly virus.

“Yesterday was a day of three miracles – two of our sickest ever patients were discharged, and a baby girl survived against all the odds.

When Hassan was brought in, he was almost dead. He wasn’t moving or speaking; he had constant diarrhoea; he was confused, disorientated and lethargic. The nurses were amazing; they’d spend half an hour at a time trying to feed him and give him water.

Then, one day, when I went into the high-risk zone, he was talking again. The next day he was sitting up in bed, and said to me, ’Tomorrow, I’m going to walk’.

The following day, he walked outside to where all the recovering patients sit. I couldn’t believe the transformation – even his face had changed. By the next day he was surrounded by a group of friends and was playing cards with them. 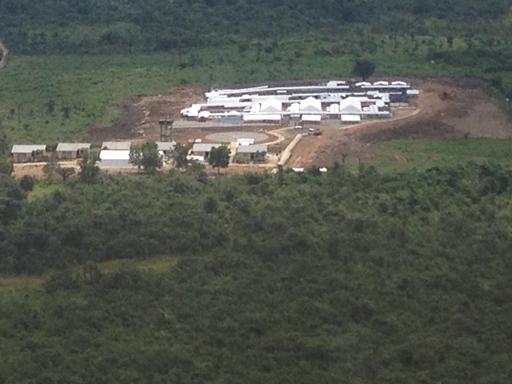 He was threatening the other patients, who started panicking and running through the corridors, trying to get away from him.

Eventually a hygienist and a water and sanitation specialist persuaded him to take an anti-psychotic drug, which knocked him out. When Mohamed woke up, he was calm again, and from then on he went from strength to strength.

He sat outside with Hassan, the two of them playing cards, making jokes and saying how healthy they felt. And yesterday they were discharged, and left together for Moyamba.

We also discharged Hassan’s 10-month-old niece, Kumba. The baby arrived with her mother, who had Ebola, in an ambulance alongside lots of Ebola-positive patients. Despite this, and despite being breastfed, she was negative when tested.

We put her in a separate cubicle, but soon she developed a fever and we started treating her with antibiotics. But when we retested her after a week, we discovered she was still negative, so she was able to go home with her uncle.

Her mother is being tested today, and I am sure she will be negative too. A large number of our patients are nearly recovered – they are just waiting for a final negative test result – so the atmosphere in the high-risk zone is really positive.

Part of the group after overcoming depression

Some of the women have formed a group and become friends; they take baths together, tell jokes, run races along the corridor to keep fit, dance together. I danced along with them in my protective suit.

The women support each other. When Ebola patients start recovering they become super hungry – three meals are not enough. One woman asked her family to bring food, and then shared it with all the others.

Another woman was very weak; she was vomiting and had diarrhoea, but the main problem was depression. Both her mother and aunt had died, and altogether she had lost 17 members of her extended family. You never saw her smiling, and she didn’t want to talk. But now she is part of the group, and she is talking and shouting along with the others.”

5 minutes to understand… Ebola in a conflict zone (Video)