Gaza: One year on, Palestinians still suffocated by Israeli occupation

The human toll of the latest Gaza war was appalling: more than 2,200 were killed and more than 11,000 were wounded, including almost 7,000 women and children.

Today MSF sees, perhaps more than at any time in its 20-year history in Gaza and the West Bank, how the suffering wrought by the Israeli occupation has become normal. It appears an end to the occupation is the only way to ease the suffering of Palestinians.

Knowing nothing but war

“Eight-year-old children in Gaza have known nothing but the blockade and war since they were born,” says Erwan Grillon, MSF’s head of mission for Gaza and the West Bank.

“They’ve already lived through four offensives, two of which were absolutely devastating and indiscriminately killed a shocking number of civilians. The majority of our patients who still require war-related surgeries and physiotherapy are children under 18.”

In MSF clinics, Palestinians still dealing with the complications of their war injuries are now packed alongside Gazans, mostly young children, who have suffered from home heating and cooking accidents as result of being forced to live in makeshift or damaged homes. 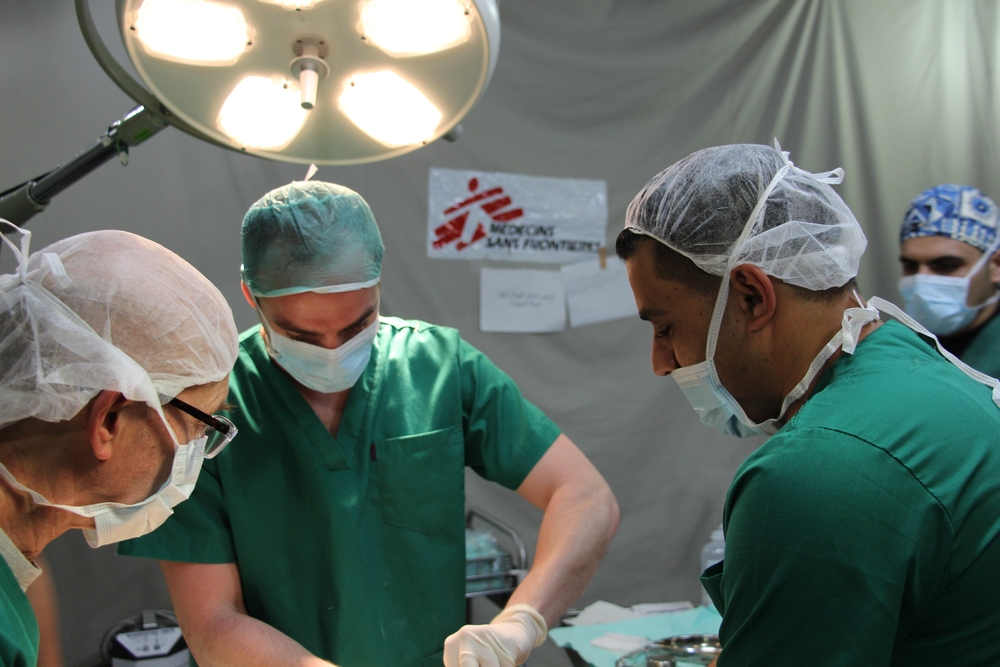 Susanne Doettling/MSF
The MSF team change a dressing in our Khan Younis tent clinic, in the Nasser hospital compound.

More than 12,000 houses were damaged or destroyed during the war, as were more than 70 hospitals or health structures.

The Israeli military blockade of Gaza continues to starve the territory of desperately needed supplies, including building materials that could help rebuild some of the neighbourhoods that were reduced to rubble by the Israeli military.

Israel has put severe restrictions on cement and other building materials, which are considered “dual-use” items that could be used to create weapons, leading to few houses being repaired in the strip.

“In our post-operative clinic in Gaza, the majority of our patients were treated for burns from explosions caused by the use of unsafe home heating products or in household cooking accidents in homes damaged during the war. Sixty percent of them were children.”

Susanne Doettling/MSF
Ahmad, a young man in his 20s from Shaja’iya, in the north of Gaza Strip. Ahmad is in MSF’s Gaza City clinic.

“I was on my way from my home to the mosque when suddenly I heard an explosion in nearby Shaja’iya, so I ran to see if I could help. I saw a little girl, maybe six-years old, who was dying, so I picked her up.

While I was carrying her to the ambulance, there was another explosion and all the people around the ambulance, including me, were injured and some were killed.

I was hit by shrapnel, and my left leg and my neck were injured. Now I need surgery and I’m hoping that I’ll be able to go abroad for it through MSF.

They can’t do this kind of surgery here. I’m told there is no capacity and no skilled surgeons to perform the type of surgery I need.”

Susanne Doettling/MSF
Rasha, a 22-year old woman from Khan Younis. Rasha is in MSF’s tent clinic in Nasser Hospital attending consultations for her first round of surgery on 1 April 2015.

"I was injured on 29 July. I was burned all over. It happened in my home.

They didn’t warn us, there was no alert. They suddenly shot at us. My father-in-law, mother-in-law and my sister-in-law were injured. And now my question is, ‘why us?’ Why did this happen?

And I would like to deliver a message to our peoples: instead of fighting each other, come and look at us.”

As a consequence of the blockade, people are still living in terribly unsafe conditions and are almost entirely dependent on outside aid.

Unemployment is at record high—more than 40 percent overall and more than 60 percent among the young—and 80 percent of the population is at least partially dependent on humanitarian aid.

While the devastation of the war in Gaza and the ongoing blockade of the strip have garnered the most international attention, the occupation of the West Bank illustrates another form of oppression that also has widespread public health consequences.

The Palestinian population in the West Bank is subjected to indignities, threats, and humiliations on a daily basis. Today, due to settlements, byways, checkpoints, and military deployments, Palestinians can only inhabit less than 40 percent of the West Bank.

Constant state of anxiety and terror

MSF mental health programmes are filled with patients suffering from psychological disorders as a result of being subjected to endless harassment, frequent (and unpunished) settler violence against individuals and property, night raids, administrative detention, or other acts.

“The stories our teams tell us are such that merely stating the facts should be enough to denounce them,” says Grillon.

“On a daily basis we see patients, a third of whom are younger than 13, in a constant state of anxiety and terror because of night-time incursions by Israeli soldiers and settler attacks. We’ve been treating the same families presenting the same symptoms for the past ten years. Nothing has changed.”

As a direct result of the perpetuation of the occupation and the complete failure of any political process, Palestinians in both Gaza and the West Bank are trapped in a never-ending cycle of violence that must be addressed frankly and urgently. 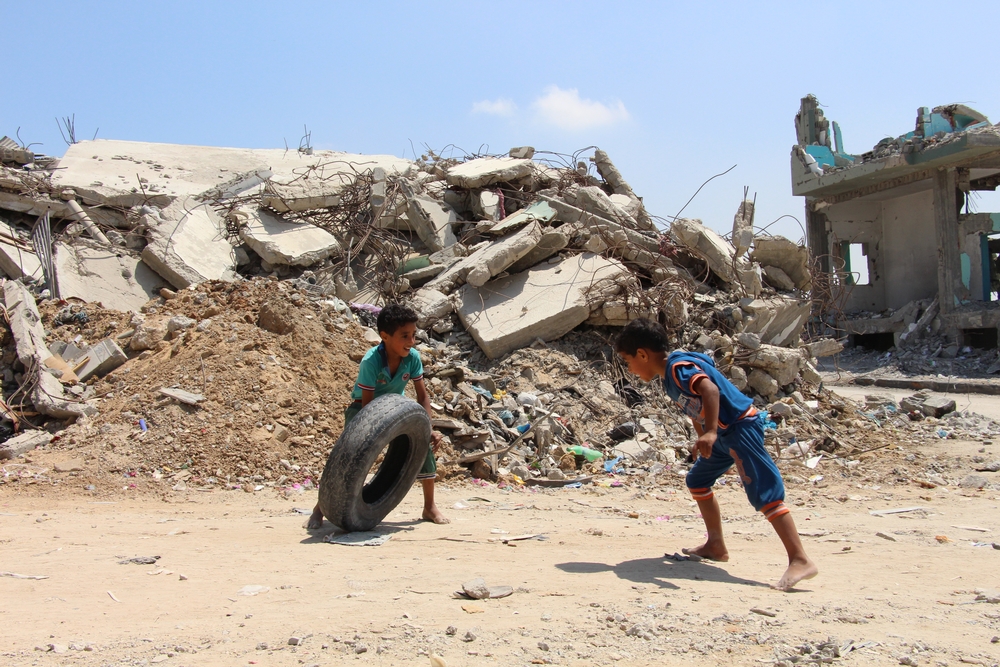 Susanne Doettling/MSF
Shuja’iya, northeastern Gaza Strip, one of the hardest hit areas during the 2014 summer war.

Measures taken by Israel in the name of security must be judged in terms of their humanitarian fallout. And the governments and international institutions either explicitly or tacitly supporting these policies must likewise consider the human costs of these policies, given the undeniable devastation they have wrought.

“Employing the rhetoric of self-defence to seize territory and continue a brutalising occupation, Israel and its international backers have sought to codify a system that is wounding Palestinians day after day, smothering life and hope, and guaranteeing more of the same in the future.”

Find out more about MSF's response to the 2014 conflict

Read more about our work in the Occupied Palestinian Territories