Italy: “The journey to Europe was worse than what I left behind in Somalia”

Idris* is a 20-year-old, trained nurse from Somalia. Ten days ago, he arrived in Pozzallo, Sicily, after enduring a six-month ordeal in the hands of smugglers - travelling through Ethiopia, Sudan and Libya and finally crossing the Mediterranean in a small plastic dinghy.

Upon arrival in Pozzallo he was screened by Médecins Sans Frontières/Doctors Without Borders (MSF), who – working with the Ministry of Health – provide healthcare to migrants, asylum seekers and refugees whilst they are staying at the primary reception centre in the town.

“I did not know how hard the journey would be. What I experienced reaching Europe was worse than what I left behind in Somalia.

In Libya, I had suicidal thoughts. If I had found some rope I would have put it around my neck. I would tell my friends back home, 'no, don’t make the journey.'

I travelled by bus for 20 days from Somalia to Ethiopia and on to Sudan. Then, it took 16 days to reach the Sahara desert and a further 11 to cross it, sleeping during the day and walking at night.

I was beaten every single day by the four smugglers guiding us. They would beat everyone. The men would shout at the women to go with them, and when they refused they would pull off their headscarves and shave their heads. They also beat their breasts. They burnt the soles of our feet with hot metal bars.

Once, when they were drunk, they tied me up in the shape of a cross and fired bullets at me. You should see my back after so many beatings. 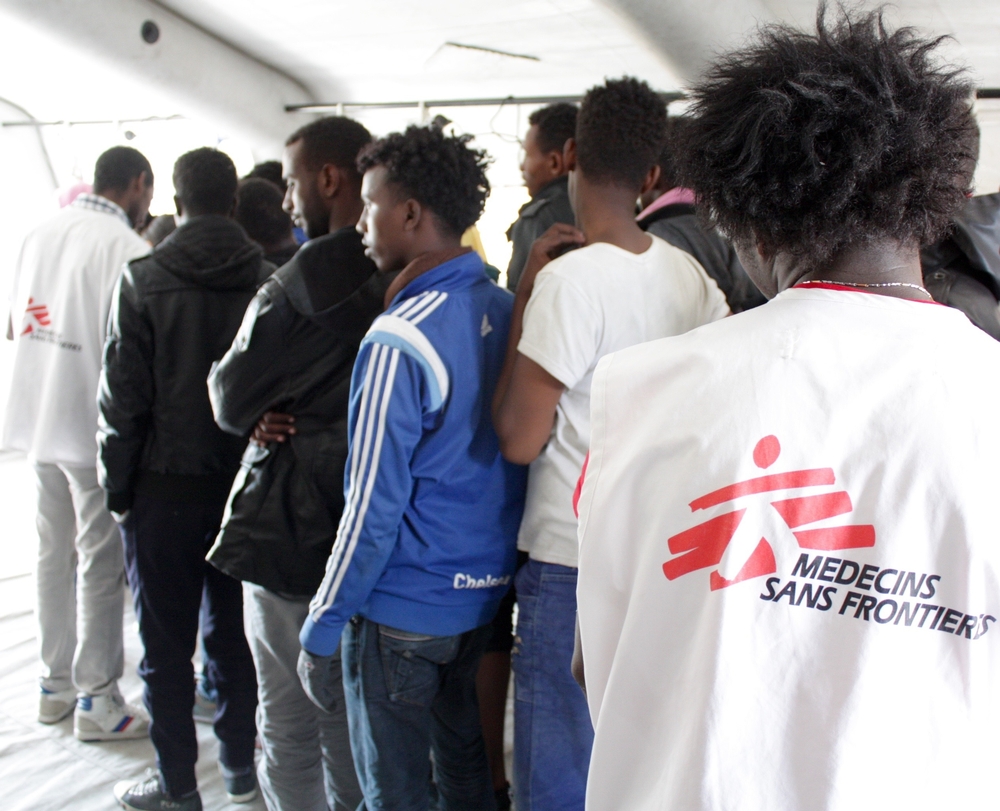 When I reached Tripoli, I was locked in a room by the smugglers for three to four months. It is hard to know exactly how long I was kept there like an animal.

I could not move or stand up, and there were no windows. By the end of my time there the space was crammed with up to 500 people. We were given one small cup of food a day, and were allowed just a little amount of water each.  If you spoke, they beat you.

People were really suffering, and were in pain from being forced to remain in the same position for so long. There were also those with claustrophobia.

How many people were killed in that room? I can’t bear to think about it.

The smugglers called my mother to ask for money. They wanted US$1,000. She had to ask the local Muslim community for the money.

My parents and siblings live in a refugee camp and before I left I was working so we could send my brother to school. Now, they had to raise money for me.

One night, the smugglers let us out of the room and brought us down to the ocean.

I knew I couldn’t risk putting pressure on the baby – so I had to hold the same position for days. We spent six days on that dinghy, not moving.

We had about six litres of water for everyone, which we gave mainly to the women and to those who were sick. I would share the water I had with the pregnant women. 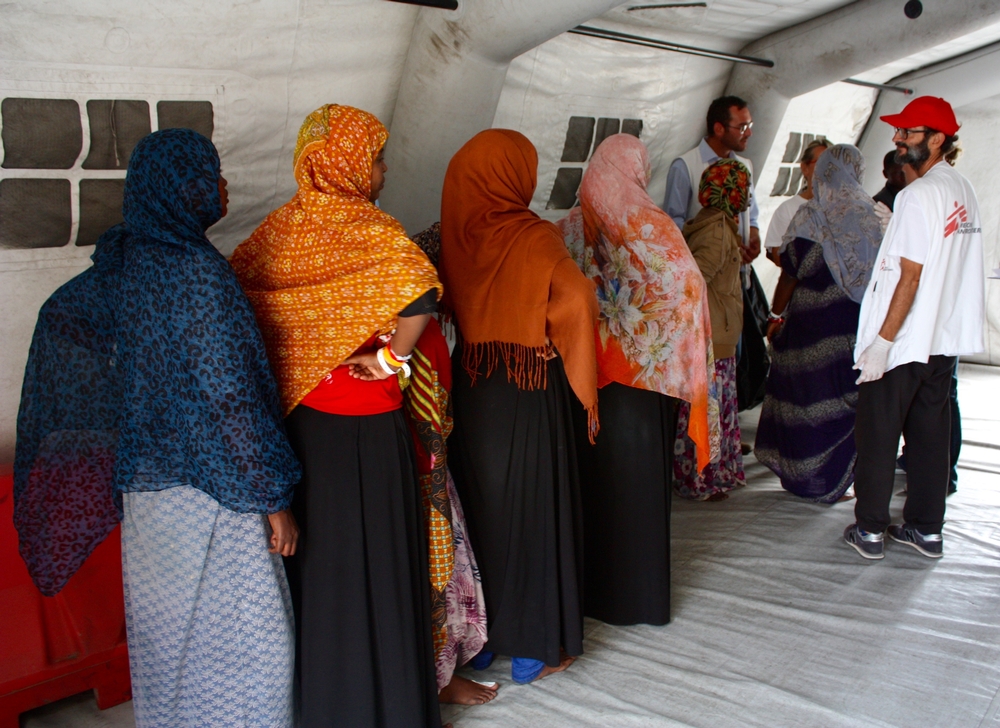 Every time someone had to stand up, people would shout with fear and panic as they were scared the boat would capsize.

On the sixth day I fell unconscious. I was dehydrated and my stomach was completely empty. I just passed out.

When I opened my eyes, the doctor on the Italian coastguard ship was performing first aid on me.

My sister is living in Helsinki, Finland, and I want to join her there. I want to thank Italy for saving my life, for saving all our lives. I have always dreamed of becoming an eye doctor, ever since I was young. I don’t know if that will be possible now. But I do know it’s not possible in Somalia."

*name has been changed

Read more about our search and rescue operations