Four months since Dignity I set sail from Barcelona to Sicily and towards the search and rescue zone 30 miles off the Libyan coast, more than 5,000 people have been saved from perishing in the Mediterranean sea.

The collapse of government in Libya has left tens of thousands of migrant workers from areas such as West Africa, South Asia and the Middle East stranded at the hands of rivalling militias. For most of these people, the only way of leaving the country is by boat across the Mediterranean.

The MSF team on board Dignity I has been collecting stories and testimonies of those rescued in an attempt to see what lies beyond the numbers and explain what can push a person to make such a journey.

“Through the people we talk to we rescue the stories of their friends and family members who often don’t make it, for they die in the desert, or at sea, or in one of Libya’s prisons," said Laura Pasquero, MSF humanitarian officer.

“When we talk to people about the boat trip on the sea to Europe, two things come out constantly from all the stories: that the boat trip was their only option to save their life, and that on the boat they were almost sure they were going to die.

"It looks like a contradiction. But it’s their reality.” 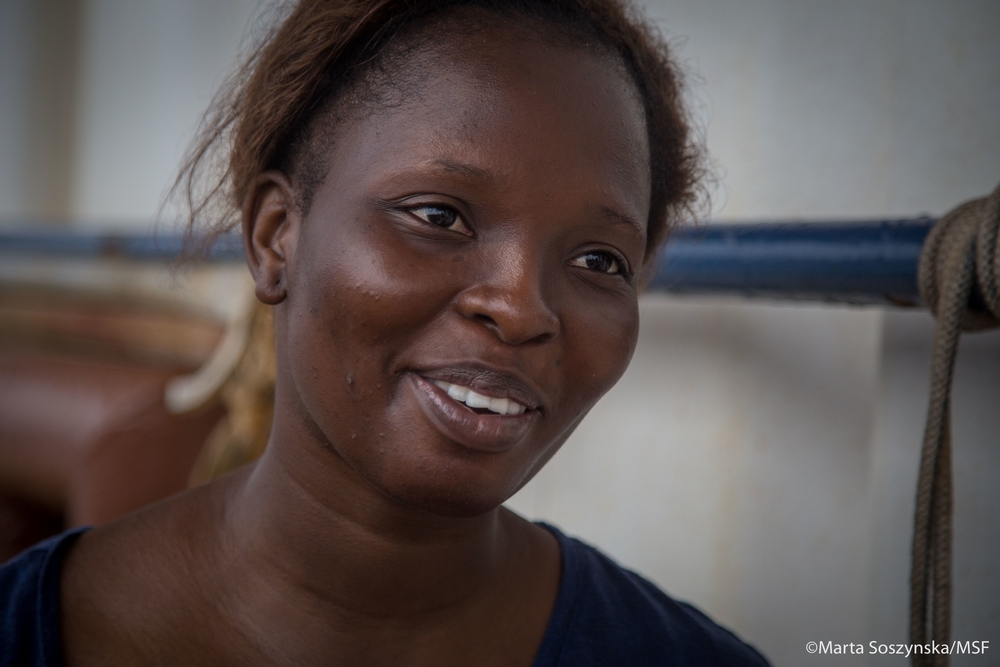 Marta Soszynska/MSF
Christiana was eight months pregnant when she was rescued and gave birth to a baby girl she named 'Dignity'.

“If I take a taxi I could expect anything, maybe I'll be robbed, maybe he'll rape me – even being pregnant does not guarantee me anything.

"I have a salon back in Libya, I was making money, but when I am making money and my life is not even secured, what kind of money is that? I left everything. I left all behind, because I felt that my life and that of my child and my husband was more important than anything.

"Our faith was over until you guys came. It was really one of the happiest days in my life. I never knew I was going to make it when we left.

"Have you ever asked this people why they take such risk, to come to this sea to come to Europe, you think it's desperation to be in Europe, it's because we are living in hell and we are trying to survive.”

The captain of Dignity I

All together the three MSF vessels – Dignity I, Bourbon Argos and Phoenix (in partnership with MOAS) have assisted more than 17,000 people this year.

Read how MSF is responding to the European refugee crisis