The 3rd of October 2015 will forever remain a black day in Médecins Sans Frontières/Doctors Without Borders' (MSF) history. In the early hours of the morning, MSF’s trauma hospital in Kunduz, Afghanistan, came under precise and repeated airstrikes. Under attack, our colleagues fought for their lives and for the lives of their patients with extraordinary determination and courage.

Fourteen MSF colleagues lost their lives that tragic day. All of MSF grieves with the victims’ families. They will be tremendously missed and never forgotten.

As our colleague Zabiullah wrote in one of his poems:

“Time will fly, but its memory will remain,

Wounds will heal, but its stain will remain.” 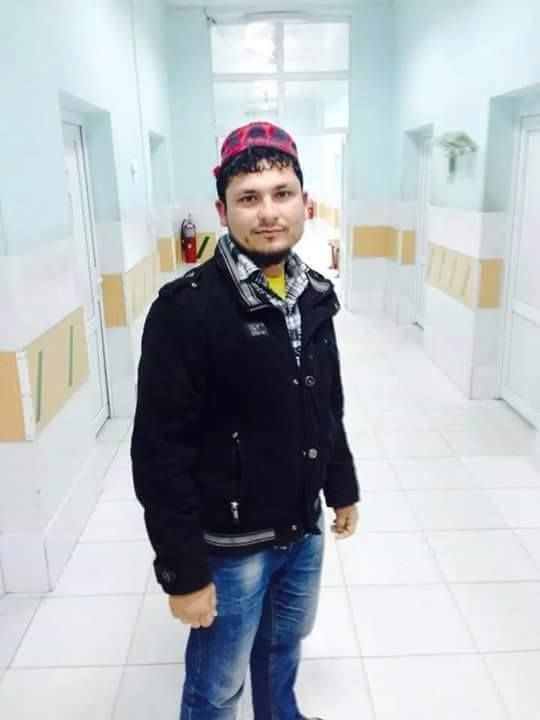 Abdul was 22-years-old and worked as a patient information focal point.

He was known to be a very good cricket player which he played with great enthusiasm. He began his career in the hospital as a daily worker, and was very proud when only a few months later he was recruited as a permanent member of the team.

Abdul showed dedication to his job and felt that working in the hospital was a great honour. His positive attitude and commitment to his work will be truly missed. 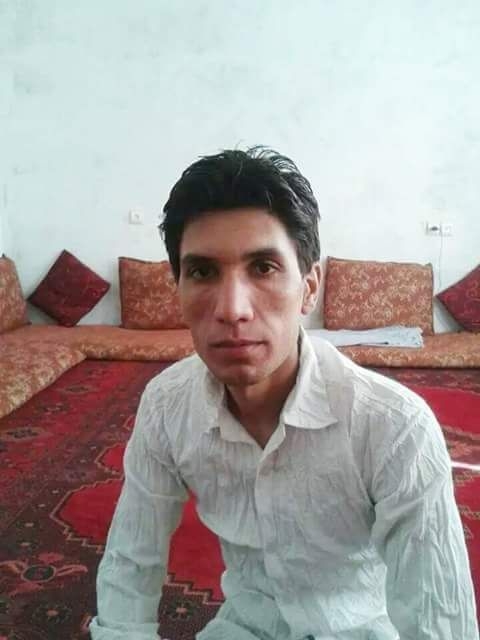 Abdul Nasir, 22, was a hospital cleaner.

He was born in Kunduz province where he had been working for MSF since July 2013 and was described by those who knew him as a good person and incredibly hard working.

He was always ready to contribute and went above and beyond what his job demanded of him.

He was very polite, and known to help both patients and their caretakers.

He was often sitting or standing close to the door of the intensive care unit; whenever someone entered he was faster than anyone else to help.

He offered invaluable support to many people. 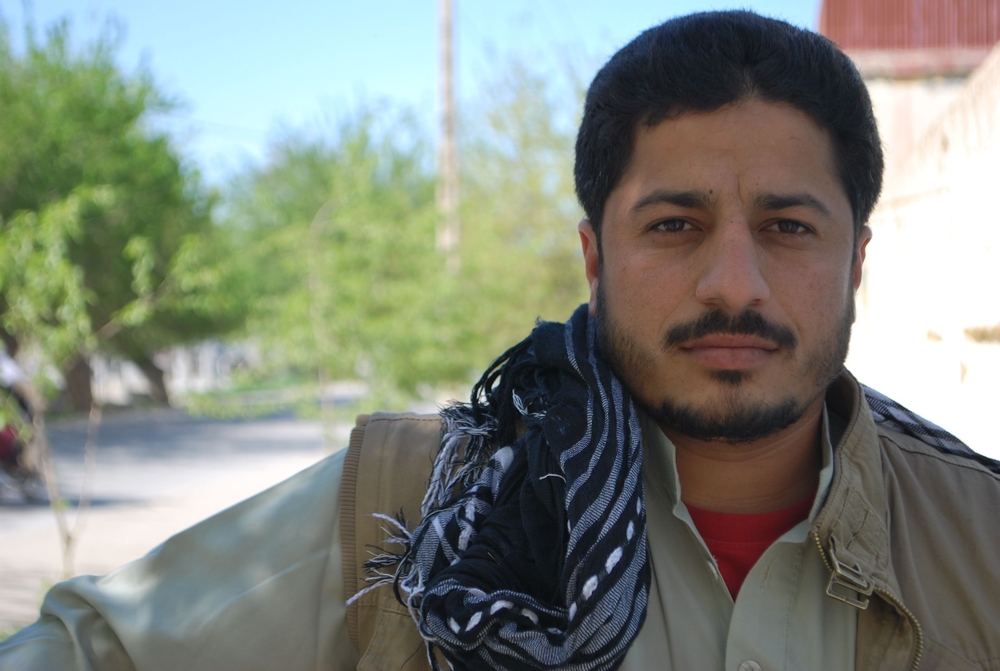 Friendly and easy going, Abdul Salam, 29, was a nurse in the operating theatre (OT).

He was one of the most passionate workers among the Kunduz Trauma Centre staff, and enjoyed every second of his life.

As well as being an experienced OT nurse, he also possessed a diploma in pharmacy. In his free-time he liked playing cricket and Buzkashi (Afghanistan’s national sport).

During the heavy fighting in the week leading up to the attack, he barely slept and worked long hours to help his people and colleagues as much as he could.

He thrived under challenging circumstances.

He was married and leaves behind two children, of which the youngest was only 40-days-old on the day Abdul Salam died. 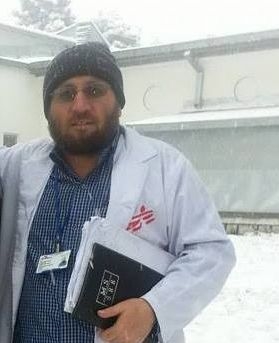 Abdul Satar Zaheer, 47, was a doctor and the Deputy Medical Director at MSF’s Kunduz Trauma Centre.

He managed a large group of staff and was described by all who worked with him as conscientious, empathetic and respectful.

He was often working until the middle of the night. If his son would ask him to work less, he would say that he was not working, but serving the Afghan people.

He was always listening to suggestions made by others. He thought out of the box, and would not hesitate to change working methods where necessary, making the job of the medical teams smoother and more effective.

He was known for his incredible patience and sense of humor.

The night of the attack Dr Satar decided to stay close to his patients instead of taking a rest, and was sharing jokes with the other staff on duty to try to lift their spirits. He was the proud father of eight children, often sharing stories about how smart they are. 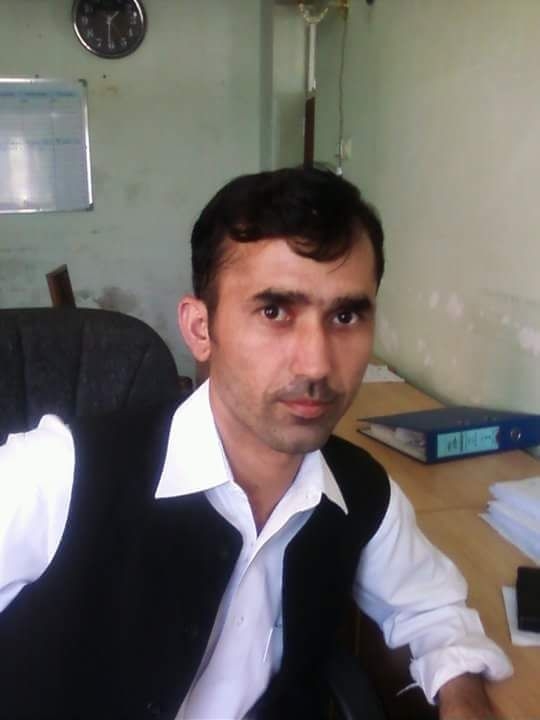 Like so many others, when the fighting broke out in Kunduz he decided not to leave the city in search of safety, but stayed to help his people, friends and colleagues.

He worked the whole week before the attack, and felt personally responsible for any patients that might not recover as a result of him not being on duty.

Admired for his clear, rational perception of medical problems and pragmatic approach to treating patients, Dr Amin was someone that could always be relied on in the ER, with extensive medical knowledge, a willingness to learn new things and a kind approach to his patients.

It was his dream to become a neurosurgeon, at a time when the lack of neurosurgeons in Afghanistan means children are dying for lack of proper treatment. He was also a teacher at the Kunduz University and was highly respected by his students. 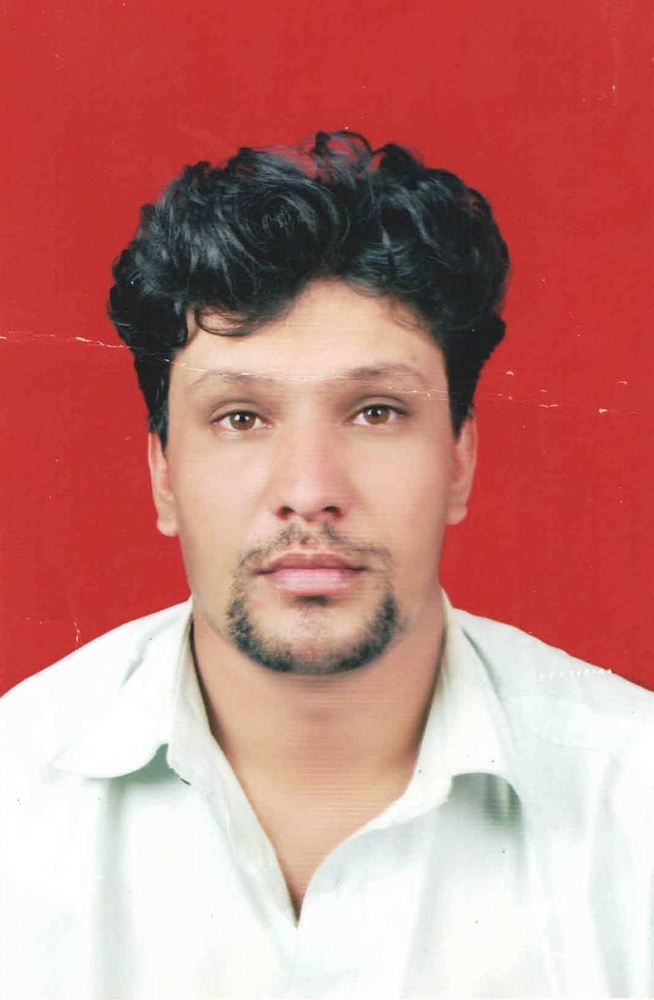 He always had a smile on his face, and was like a mentor to the younger nurses.

He was kind-natured and always ready to help people in need.

His dedication to his patients went beyond providing medical care; he would always try to give as much comfort and support to them as he could.

We will always remember his smile, his eagerness to learn and his positive energy.  He leaves a wife and three children behind.

At 32, Mohammad Ehsan Osmani was a young intensive care unit doctor with extraordinary enthusiasm and dedication to his patients.

With an everlasting smile, he would never say no to any extra work or to covering an extra shift; he would often volunteer to stay and work in his free time when the hospital was overloaded with patients.

His energy and laughter was contagious. He was the kind of person who filled a room with his joy and compassion.

Dr Osmani was always willing to help others and never turned down someone in need of help.

On the night of the airstrike, instead of taking a rest in the bunker with his colleagues, he continued to work and look after his patients who were in critical condition. 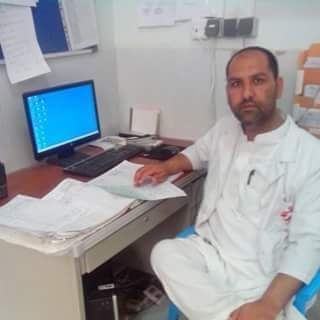 Mohibullah, 38, was a dedicated father and an experienced emergency room nurse who joined the Kunduz Trauma Centre three-years-ago.

He was the youngest of eight brothers, several of whom were also working in the medical field.

He started working as a nurse in the outpatient department, but then decided to change to the emergency room.

Mohibullah was a fast learner, and always displayed much patience with everyone.

Whenever he had the time he would try to study or learn from books or from his colleagues. 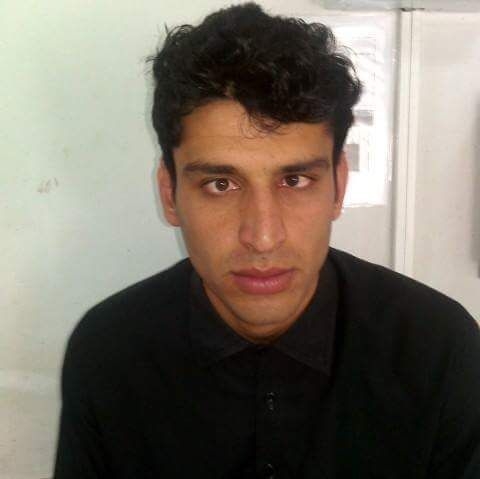 Najibullah, a 27-year-old father, had been working for MSF since August 2011 as cleaner in the emergency room.

He was well liked by everyone as he was always talkative, happy and kind.

To further his knowledge, he was studying in his free time.

The ER was always clean and tidy when he was on shift.

More than a cleaner, Najibullah was a caregiver to the patients in the ward. 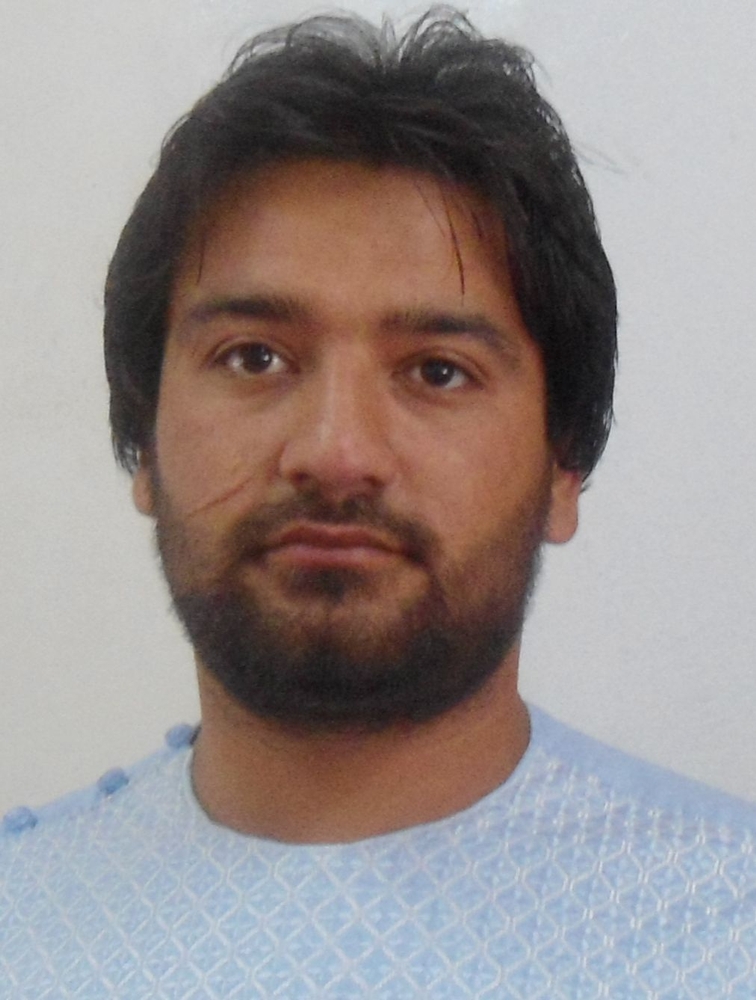 Naseer Ahmad, 23, was an intensive care unit (ICU) nurse who began working with MSF in June 2014.

He was gentle, quiet, and very eager to learn.

He wanted to start an English course as soon as possible to be able to read and learn more.

Because of his calm attitude he was born to be a great ICU nurse.

He loved to have many people around him, to share his happiness and thoughts with them.

In the ICU he often wanted to take responsibility for the critical patients by himself; it was a sign of his great commitment to his job and the care of his patients.

He always wanted to help the patients who didn’t have family to look after them. 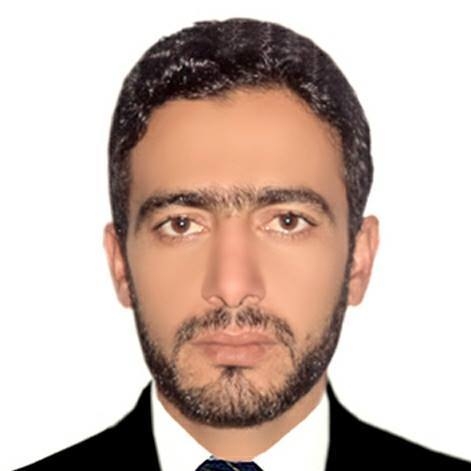 Shafiqullah, 39, had been working as a guard since February 2015.

He was very quiet, but always had a big smile on his face.

He treated everyone with kindness and was very committed to his job.

Always friendly, he was much loved by his colleagues who miss him greatly.

He leaves behind four children. 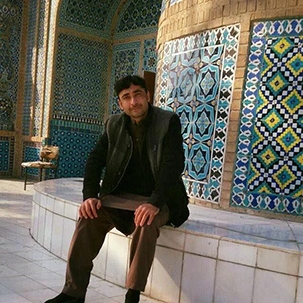 Tahseel, 35, was a father and a much loved and valued member of the pharmacy team at the Kunduz Trauma Centre since the opening of the project.

He was very hard-working; the pharmacy was well organised and he was prepared for any emergency in the hospital.

He had a great sense of humour, and always wore a big smile on his face.

Proving how dedicated Tahseel was to helping others, he returned to the hospital in the last few days of his leave to assist the team when they needed him most.

This commitment to others will always be remembered. 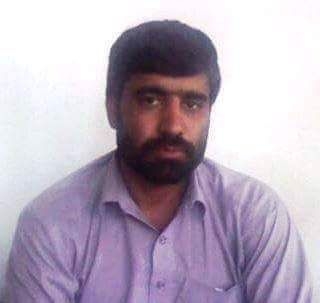 Zabiullah was 29 and married.

He had been working as a guard in the hospital since February 2015.

He was a poet and was working on Pashto language translations of several books.

He was also writing a book about the famous Khan Abdul Ghafar Khan.

While he started working with MSF less than a year ago, he had already made lots of friends due to his friendly and kind manner. Here is one of his poems:

Time will fly, but its memory will remain,

Wounds will heal, but its stain will remain. 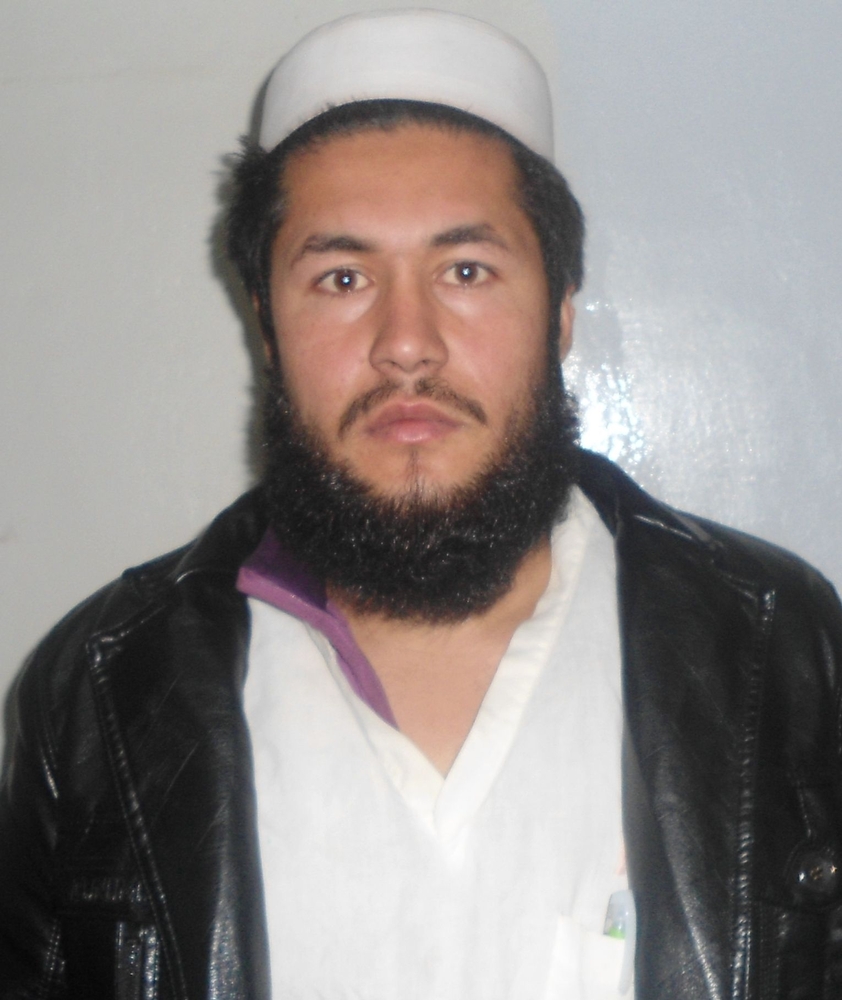 Ziaurahman, 23, was an ICU nurse, who had been working for MSF since December 2013.

He was known to be a talented nurse with a sharp mind.

He always joined the training sessions and showed an incredible eagerness to learn.

He was very interested in everything and everybody and had a very caring nature.

The patients he looked after were lucky to have him beside their bed.

He was a good friend to all the staff and had a positive outlook on life.

Find out more about the bombing of our Kunduz Trauma Centre