Escalation of the on-going armed conflict in southern Niger is further aggravating an already fragile situation. With new waves of displaced people and refugees escaping the violence, living conditions are critical as there is little access to healthcare and safe water.

“Many of the people we are assisting have had traumatic experiences which have forced them to leave their homes,” explains Elmounzer Ag Jiddou, Médecins Sans Frontières/Doctors Without Borders (MSF) head of mission in Niger.

“In Diffa, they are going through a very difficult situation as their basic needs are not covered. They are also afraid of being attacked again.”

The vast majority of people seeking refuge in Diffa are settled in spontaneous, dispersed settings or with host families. However, solidarity and coping mechanisms are beginning to falter due to the increasing number of displaced people and the already precarious situation of the local families.

In the coming weeks, the number of children in Diffa facing severe acute malnutrition will increase. The situation this year is especially bad as the violence is affecting normal trade in the area, and many fields have not been planted.

The rainy season will bring with it a growing number of malaria cases which, combined with the increase in malnutrition, makes for a particularly lethal combination - especially for young children.

Also, the combination of heavy rainfall and the already poor sanitation conditions in the displaced camps has the potential to further deteriorate the health situation of an area where cholera is endemic.

The situation may deteriorate

“Right now, there are very few organisations in the area despite the great needs, and we are very concerned that the situation may further deteriorate in the coming months.

“In response, we have started to diversify activities, building latrines and supplying water as these aspects have become priorities and are still not getting the level of response they should be,” he added. 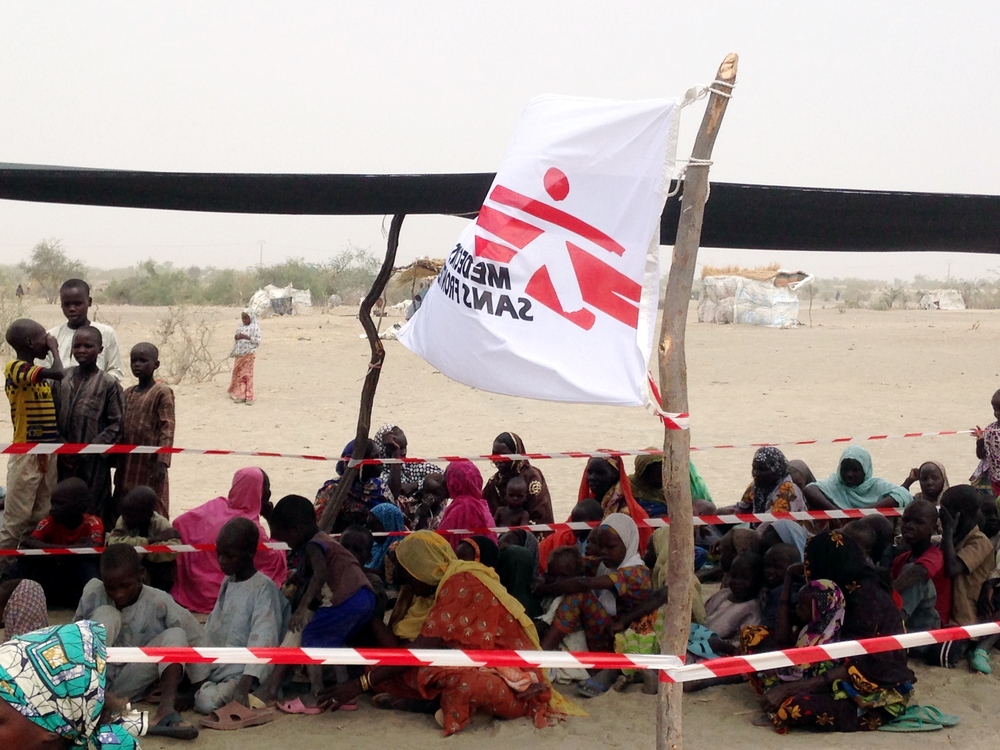 To improve healthcare for the local and displaced population, MSF is working alongside the Ministry of Health in the main maternal and paediatric health centre in the city of Diffa and in six health centres in the districts of Diffa, Nguigmi and Bosso.

Around 17,000 people are currently living in two camps in Bosso and Nguigmi districts, after the evacuation of Lake Chad in late April.

We are working with mobile clinics in both camps, where teams have attended to more than 2,500 people in the month of June.

In the Yebi camp in Bosso, we are also carrying out water and sanitation activities to guarantee each person has access to 20 litres per day, the minimum quantity recommended in an emergency situation.

To prevent the increase in malaria cases in the coming months, we will also begin distributing 25,000 insecticide-impregnated mosquito nets in the region.

Find out more about MSF's work in Niger