South Sudan: The book of life

There is a book kept under lock and key at all times in the tented HIV and tuberculosis ward of Médecins Sans Frontières/Doctors Without Borders (MSF)'s hospital in Bentiu, South Sudan. It doesn’t look like much: its blue ink has started to fade and its pages emit a strong smell of must, mold and swamp water.

But it is precious, not only because it contains the confidential medical information of 120 HIV positive patients, but also because it’s one of the sole remnants of MSF’s hospital in Leer, completely looted during the May 2015 wave of violence.

The slim A4 school book that has seen too much is the only link with the past for patients on lifelong treatment.

In South Sudan, an estimated 2.7 percent of adults live with HIV, but prevalence can shoot upwards of six percent in some regions. Barely six percent of those in need receive antiretrovirals (ARVs) due to the scarcity of available care and stifling levels of stigma and discrimination.

Following three lootings of the MSF hospital and massive displacement of the population, less than 50 of the 120 patients on ARVs at MSF’s Leer hospital have been able to re-establish contact with MSF to resume their life-sustaining HIV treatment. They are the lucky few, and many owe it to the dedication of Jeremiah, a former counsellor and supervisor in the MSF TB and HIV programme.

When Jeremiah ran for his life he thought of two things: his family, and his patients. He grabbed his wife and two children and sprinted towards the relative safety of the bush and swamps of South Sudan's southern Unity state. As his patients were already gone, he took what could help them: a bag-load of ARV pills, and the book holding his patients’ records. 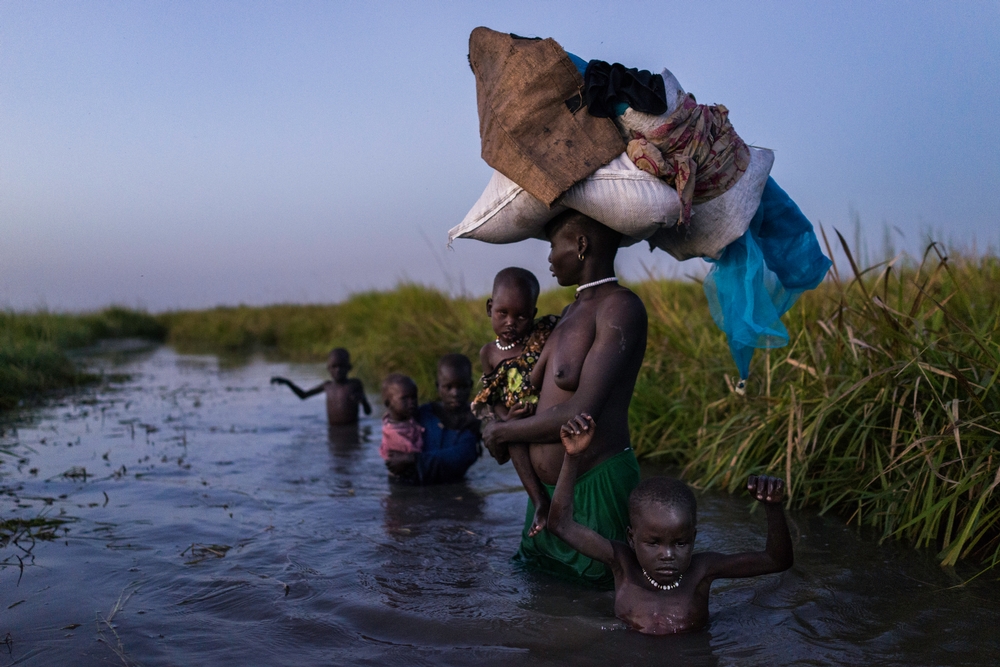 He trudged through chest-deep swamps to an island where he buried the backpack so it couldn’t be looted, and fled back into the reedy wetland where they hid. He and his family stayed there all day, listening to the sound of gunfire and concealing themselves as best they could. “We were very afraid. I had no idea how long we were going to have to run for,” says Jeremiah.

When the shooting finally subsided, Jeremiah returned to the place he’d buried the bag and continued on his journey of flight. He sent his family all the way to the Bentiu protection camp where they eventually sought refuge, but he chose to stay behind to help people using the medicines he’d stashed in his backpack.

He never let it out of his sight except when he was forced to do so to save his own life.

Listen to Felix, an MSF staff member in Leer, describe having to flee violence in the town

One time he had to hide the backpack in the reeds. Armed men were rapidly approaching after he’d already been running through the swamps and the water-soaked backpack was getting caught in the tall grass and was slowing him down. He stashed the backpack and hid in the water, with only his mouth and nostrils above the water so he could breathe.

Through the water, he still heard the thudding of gunshots. After hours of hiding in this way, when the shooting finally subsided, he returned to the place he’d hidden his bag and searched frantically for it.

“I came out from my hiding place and I was struggling to get the bag. It was lost in the dark, there was a lot of grass and there were mosquitoes biting me everywhere.” After an hour or so searching in the water, he found the bag and laid out the books to dry in air, so that patients’ records would be preserved. “That day was very difficult,” he says. 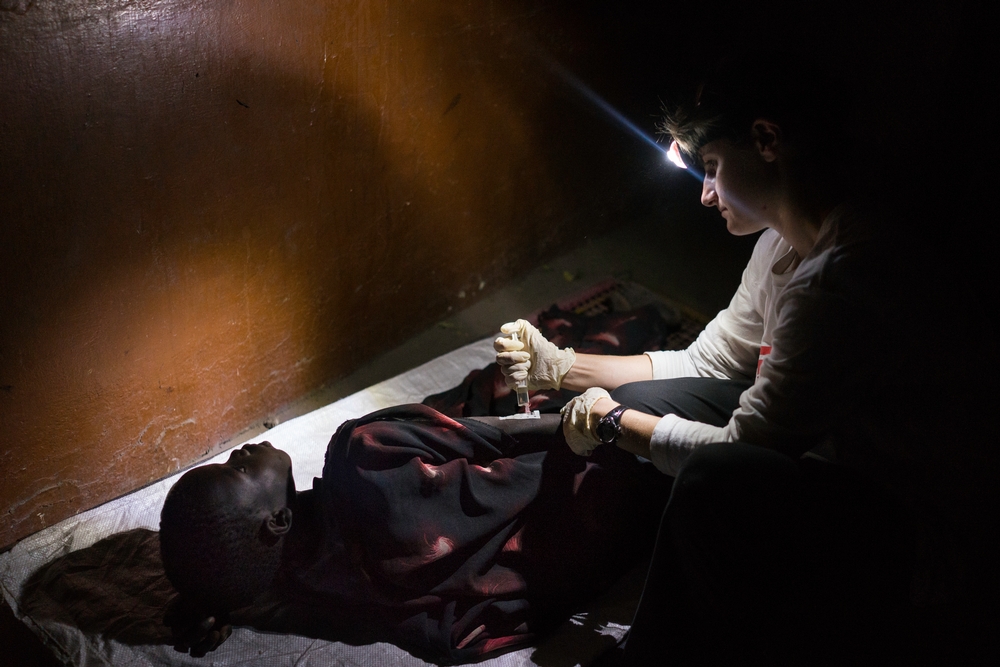 The effort paid off shortly afterwards. While sheltering on another small island in the Sudd (a vast swamp formed by the White Nile's Baḥr al-Jabal section), Jeremiah encountered a group of his former HIV patients.

They had lost the runaway packs containing three months worth of ARVs that, according to MSF protocols in a situation of imminent displacement, Jeremiah had given them when the fighting was getting dangerously close to the hospital.

Using the records he’d saved in his backpack and the drugs he had available, he was able to replenish the medicines the patients’ desperately needed. “When they saw me and received their medicines, they were so happy. They said ‘Jeremiah you are safe!’”

Eventually, Jeremiah was able to reconnect with the MSF medical team in Bentiu, Unity state, where he showed the medical coordinator the book of patient records that he’d saved for over four months. With the help of the book, some of his former patients who had fled were re-enrolled in their treatment regimens.

But there were still many other patients who were in the United Nations Protection of Civilians (PoC) site in Bentiu, who had not yet come to the hospital to resume their treatment out of fear of stigma.

For some of them, Jeremiah’s bond of trust was a turning point. MSF made a radio announcement and many people in the PoC heard his voice. “Within one week, about ten patients came to the hospital to go back onto their treatment,” says Jeremiah. “One man was so happy he even offered to buy me a goat. But I said to him, you keep that goat for now, just get better first.

“The patients think they are the happiest people. But I’m even happier than they are, because now I can see them and I can see that they are OK. They are getting healthy and their lives can continue. I am very happy for them, very happy.”

Hear more about the looting and violence in Leer from MSF nurse Michael Shek on Everyday Emergency, the MSF podcast.