Syria: “I have seen people with injuries that I cannot describe”

Abu Khalid is an orthopaedic surgeon and director of an MSF-supported hospital in besieged east Aleppo. He left Aleppo on 21 August in the belief that the siege was over, but when it broke days later, he found himself unable to return. He is currently working at MSF’s Al Salamah hospital in Azaz district, close to the Turkish border. He describes the situation in east Aleppo.

“When the siege started in July, food was the main problem. Aleppo is an industrial city and there are very few green spaces where you can actually grow things, and there aren’t enough farms on the edge of the city to produce sufficient food. People rely on storable food such as rice, beans and potatoes, and on canned food, but it doesn’t contain enough vitamins. The siege is pushing people towards starvation.

"Now the bombing has intensified and is injuring and killing more and more people – in the past week, hospitals in east Aleppo hospitals have carried out around 100 surgical operations a day. The destruction in the city is unimaginable.

"Altogether, there are no more than 35 doctors in the whole of east Aleppo. Because of the increased number of wounded, hospitals are overwhelmed and former medical students are helping us with surgical operations, emergency cases and so on. They have gained good experience during the war. 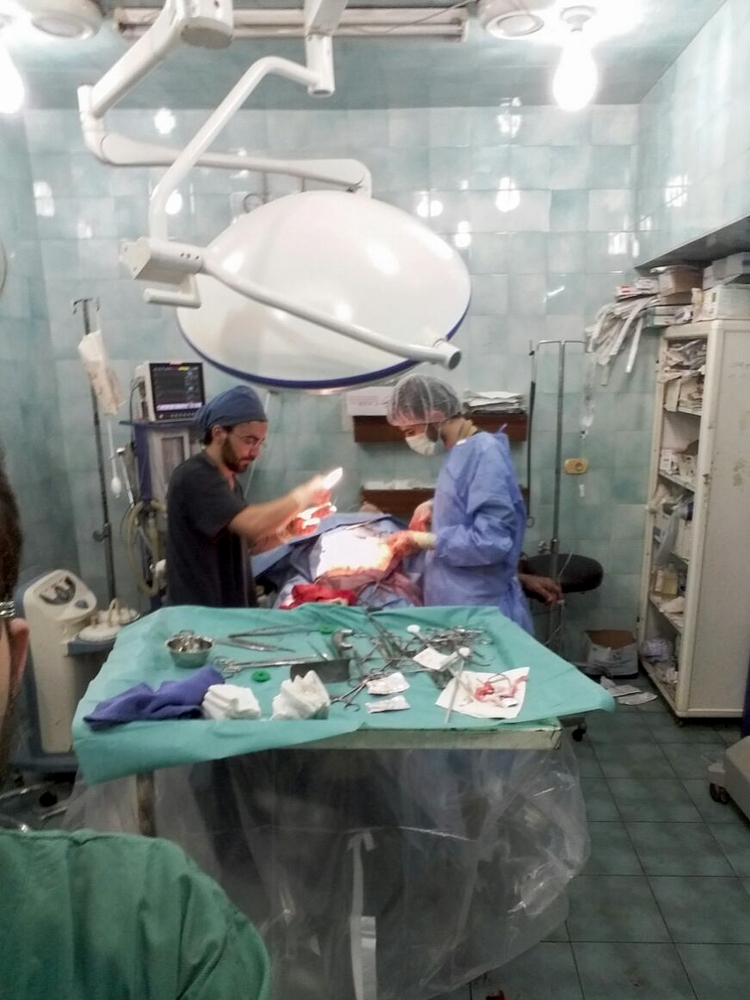 "The doctors are exhausted. When you look at the total number of people trapped in east Aleppo, 35 doctors are not enough. They are under such pressure, with wounded people flooding into hospitals and, in many cases, having to wait outside. Doctors don’t have time to sleep and are forced to delay urgent surgical operations because the operating theatres are always busy; they have to prioritise the most urgent and critical cases.

"There are only 12 intensive care beds left in the whole of east Aleppo. If the city was not under siege, 12 intensive care beds might do the job. Doctors can’t refer patients outside the besieged city, and so they are facing the most difficult decisions; they are forced to unplug the ventilator from patients less likely to survive in order to give other patients a chance to live.

"East Aleppo is also without certain specialised medical staff, for example there is a need for a neurosurgeon. This is not the only type of doctor missing, but it is an example of how the situation adds to the suffering of the people: they are dying when they could have been saved.

"The city is paralysed by the shortage of fuel. Before the siege, wounded people were brought to hospitals in private cars, because ambulances have limited capacity and, when an airstrike hits and leaves dozens of wounded people, they can’t bring everyone. Today, ambulances have to do all the work, and wounded people are waiting in the streets, where they often die. It’s a disaster. 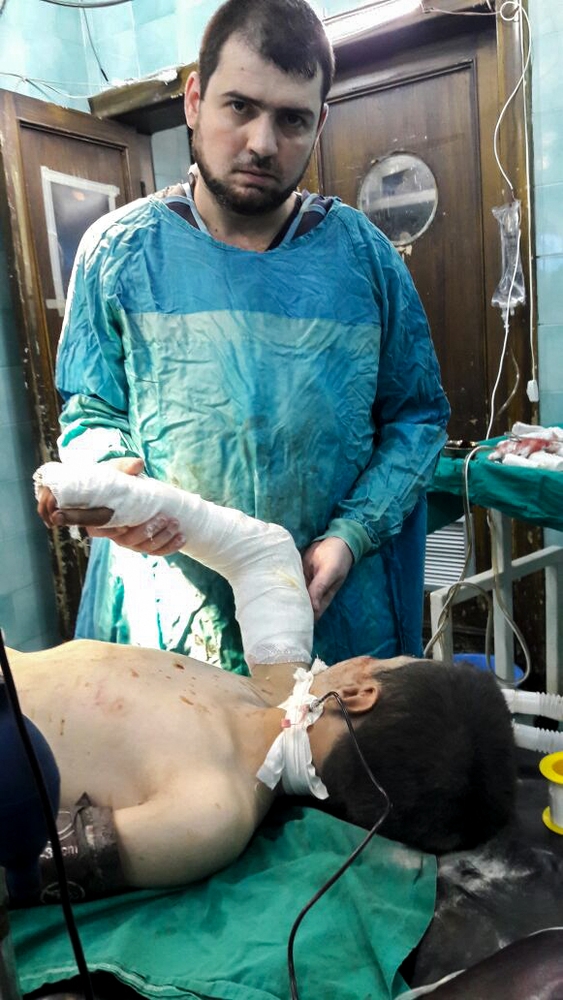 "I have seen people with injuries that I cannot describe – injuries I haven’t even read about in textbooks. One day we received a young girl who had lost half of her body, but was still conscious and able to talk to us. She was in pain and she asked me to stop the pain. We carried out the surgery, even though a body without a pelvis and limbs cannot survive. We moved her to the intensive care unit and after some hours she woke up. She saw her family one last time before she passed away.

"A human being dies in front of you and you can’t do anything to prevent it.

"When the siege started in July, people had hopes and they were convinced that it would end. The siege broke in August, only to return days later. Today, I think people are exhausted and the bombing doubles or triples that exhaustion.

"My main hope is that the bombing will stop. I also hope that the siege will end so that civilians can leave, wounded people can be referred outside the city to receive medical care, and aid can get into the city. Today, east Aleppo is without insulin, which you may think is not a priority, but in some cases the absence of insulin could kill diabetics.

"If the siege continues, there will be starvation.”

Read more about our work in Syria