MSF project coordinator Miriam Czech describes the scene in the town in the days following the bombing.

“The main street in Haydan, and the houses and shops along it, have all been flattened. The town is practically empty and anything left is bombed out.

Haydan is a small town in a mountain valley. It has changed a lot since my first visit in September. Coalition planes have bombed Haydan and the surrounding area time and time again.

Staff at the hospital we support told me that in June and July, bombs fell just 250 metres from the hospital, hitting several houses, a school and a market. 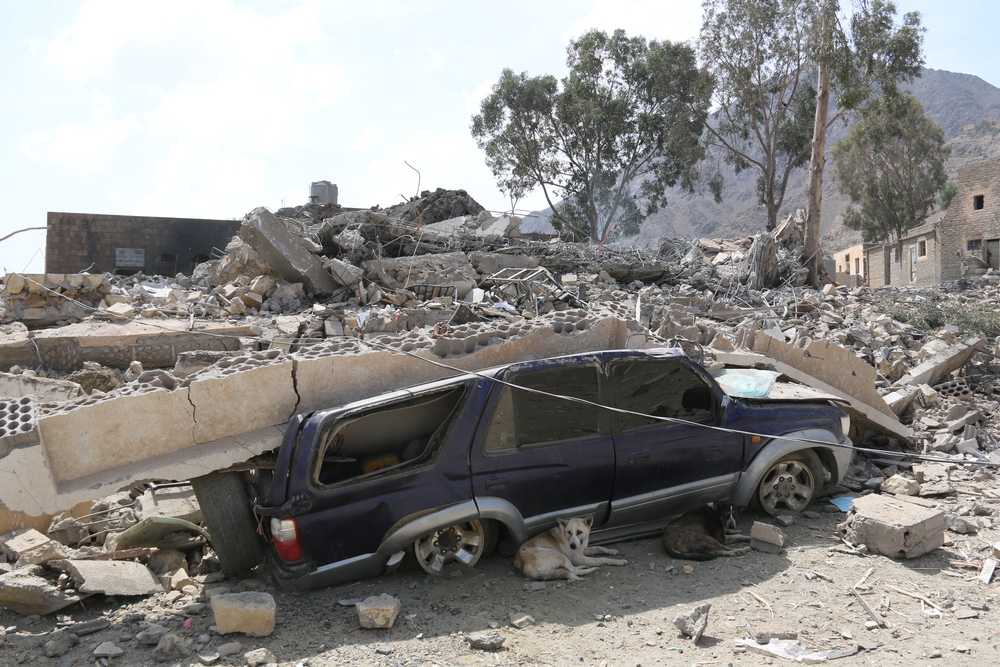 But the air raids were even worse in October, especially during the week of 12 October. They were so bad that the team there advised us against going to the hospital, but the following week, my logistics colleague and I managed to reach Haydan.

We saw that several villages had suffered further damage, and that houses and the market had been destroyed.

Several days later, we made a routine visit to deliver drugs and monitor the improvements being made to hygiene and waste management. The air raids continued – 10 to 15 almost every day. Haydan and the surrounding area were pounded night and day, until the night of 26 October.

On that night, the bombing went on for two hours. The hospital was totally destroyed in the first wave of airstrikes. There’s nothing left of the emergency and consultation rooms, maternity unit or inpatient department.

Amazingly, there were no victims. When the first strike hit, the staff were in a different part of the building, so they were able to take cover.

It appears there were fewer patients than usual in the hospital because people were afraid of the very heavy intense bombing.

Lots of buildings on streets nearby the hospital were also hit. The day after the hospital was destroyed, we saw people in loaded-up cars on the road out of town. 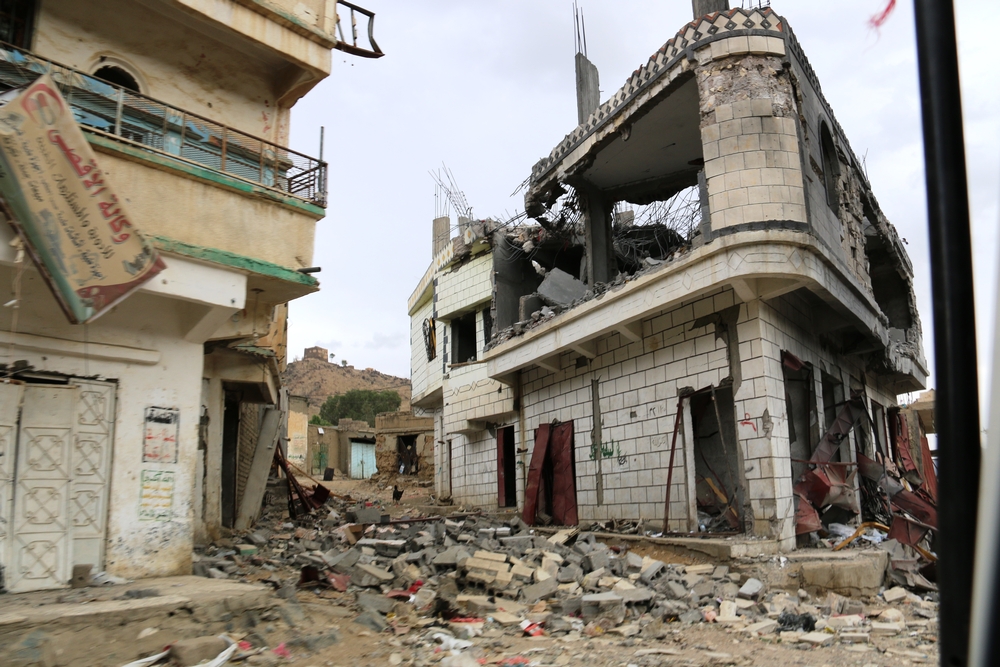 During the days that followed I met with the staff. They were in a state of shock, but even so, they wanted to get back to work.

Haydan hospital was the only hospital still functioning in the region, and it served close to 200,000 people. It was really busy. During the week preceding the airstrike, there were 16 deliveries in the maternity unit and 150 patients were treated in the emergency room. Of these, 76 were victims of violence – many more than usual.

That same week, a house in the village of Al Kraid, which was home to a family of 17, was shelled. The family was brought to the hospital. Eleven were either dead on arrival or died in the emergency room, including a number of pregnant women and children.

Three people received treatment in Haydan hospital, while three others were transferred to a hospital in Sa’ada.

Haydan hospital also had an outpatient department, where Ministry of Health staff provided around 100 consultations a week, 60 of them to children being treated for malnutrition. How are people managing with all these air raids?

Although there seem to be fewer strikes on Haydan at the moment, they’re still happening. The place is deserted. Its inhabitants have fled to caves carved into the cliffs around Haydan, sometimes several families hiding in one cave. They block up the openings of the caves with stones. They can’t sleep lying down because they have barely enough room even to sit, and they only go out to look for food.

The whole region is being targeted, and that includes villages and roads. Roads are littered with wrecked trucks and craters caused by the explosions.

Several bridges on the main route to Sa’ada have been damaged. The hospital in Saqim was destroyed by a coalition airstrike last June, and in late-August it was the turn of the health centre in Maran, also in Sa’ada governorate.

There’s a hospital in the small town of Kitaf that we would like to assist, and it is also being regularly bombed, as is the village of Majz and the towns of Razeh and Ghamr. Indiscriminate bombing is rife.”