TB: “I am so happy and cannot hold back my joy” - Gibson Chijaka's story of survival

As a teenager Gibson Chijaka was diagnosed with drug resistant tuberculosis (DR-TB). Doctors without Borders/ Médecins Sans Frontières (MSF) have found that cases are on the rise in Southern Africa, including Gibson’s home in Zimbabwe. This is attributed to the high HIV prevalence and the fact that TB is highly contagious.

Early detection and prompt treatment of confirmed cases is crucial to DR-TB prevention, treatment and control.

This form of TB is very difficult to treat with poor outcomes compared to drug sensitive TB. Because of this it takes up two years and many pills to get cured, but Gibson went through it all.

Gibson’s guardians thought the diagnosis of highly stigmatised DR-TB was his death knell because of the stories about the epidemic. Due to the nature of the treatment, some people were not confident of the 14-year-old’s survival. It was now only a matter of time.

But despite the odds, Gibson Chijaka has just been declared cured of DR-TB at the Epworth clinic near where he lives with his guardians after his mother passed away when he was a baby.

The treatment, that involved taking injections every day for eight months and dozens of nauseating tablets daily for the past two years, has worked.

“I am so happy and cannot hold back my joy. The last two years have been the most painful in my life. First being diagnosed with DR-TB at a tender age of 14 was not easy for me. People would ask what type of TB I had which needs injections every day for eight months

“Some would even ask what type of TB is it which needs 18 tablets every day for two years. This is in addition to the anti-retroviral drugs I am taking," said an elated Gibson.

Due to a lack of information, those infected with DR-TB are stigmatised in many communities across Zimbabwe. So being diagnosed with DR-TB was a double tragedy for Gibson as he had to deal with the stigma and the agonising medication.

This is one of many reasons why  DR-TB continues to spread as many cases are going undetected due to fear of being ostracised and the long, difficult treatment period.

“My daughter who was looking after Gibson was evicted at three different houses where she was renting as the other tenants felt vulnerable to the communicable DR-TB. I had to summon all my courage to defy negative talk and took him into care as he had nowhere to stay.

“As a result, we were discriminated in the community,” said Margaret Kadzere, Gibson’s grandmother, who has 21 other family members living at her house. 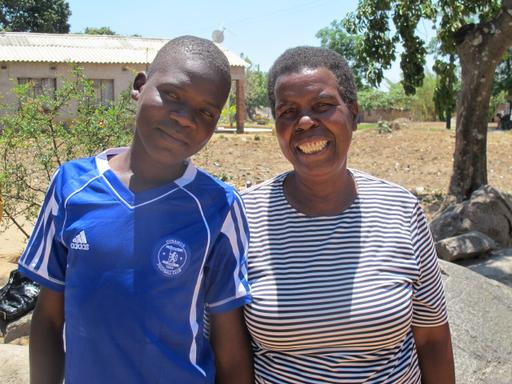 She and other family members confessed that their worries were merely dampened after health education sessions with some MSF health staff at Domboramwari Poly Clinic, where Gibson was receiving treatment.

Gibson’s relatives never thought that he would last the two year treatment. Their worst fear now was whether he would be cured of DR-TB, as he had many TB treatments in the past without any success.

“We had given up on Gibson and he was bed ridden. At one point we even wondered if the MSF people were sincere in trying to save his life or they just wanted to experiment with their drugs as there seemed to be no life in him.

“But the health lessons they gave us reshaped our thinking and we turned this fear into courage as we were now determined to prove that these drugs really work despite the stigma,” Linnet Kadzere, Gibson’s sister-in-law, added.

Gibson is just one of the many patients who have been diagnosed, treated and cured of DR-TB by our staff in Zimbabwe. Just last year, 63 cases of DR-TB patients were taken into care in MSF projects across Zimbabwe.

In the Epworth project, our DR-TB program has so far seen eight patients being treated and cured since the first patient started treatment in December 2010. The program aims at implementation of a community-based DR-TB program while supporting the National TB program in DR-TB management.

“The positive thing is that we are now proactively looking for DR-TB hence the increase in cases we are detecting,” says Dr Dorly Legrand, who is responsible for MSF’s TB program in Epworth.

A volunteer community health worker, Violet Bvute, who was visiting Gibson on a daily basis to ensure that he does not default, felt the duration of the medication discourages people to be tested for DR TB.

“Gibson had a strong will to live. Despite his complaints of the drug’s side effects, he never defaulted taking his tablets for two years. I think the pill burden is one of the factors which demotivates DR-TB patients," said Bvute. 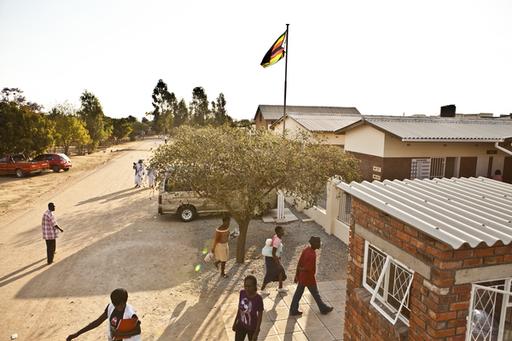 The approach is slightly different in a rural set up. For instance in Tsholotsho district, MSF employs a decentralised, community based model of care.

After confirmation of diagnosis, a home visit is made for each case for contact tracing, infection prevention and control assessment, determining the distance to the nearest health facility, identifing a 'direct observed' treatment supporter and assessing other the living conditions.

National protocol in Zimbabwe now recommends that every HIV patient with a suspected cough is screened for TB using GeneXpert machine which is a new rapid molecular test. Not only does the GeneXpert MTB/RIF speed up diagnosis but it also screens for drug-resistant TB and detects TB among people who have falsely tested negative through sputum smear.

Currently, there is an prevalence study being conducted by health authorities to appreciate the burden of DR-TB in Zimbabwe. The growing use of a new tool for rapidly diagnosing MDR-TB is helping to identify more and more patients.

Gibson, now 16, won the battle against DR-TB but he lost two years of school as the schedule for his medication was clashing with the school timetable.

“Whilst I am grateful that the drugs have kept me alive, it was like going through hell for me so that I could enjoy this life. I don’t think it has to be so painful for one to be cured of DR-TB.

“If the treatment period was shorter, maybe I could have not dropped out of school for two years,” said Gibson.

MSF has been working in Zimbabwe since 2000. Gaps in treatment for HIV/AIDS and tuberculosis (TB), including drug-resistant TB (DR-TB), remain. The needs of children and teenagers are particularly overlooked. In 2013 3,200 patients were under treatment for TB, of which 63 for MDR-TB.

Learn more about our work against drug resistant tuberculosis and our other programs in Zimbabwe. Gibson also writes on our TB&ME blog.

Chronicles of a Surgery: Thoracic surgery for TB patients in Armenia

Tuberculosis can be cured

TB & Me: 'You need to get treatment and believe in yourself'